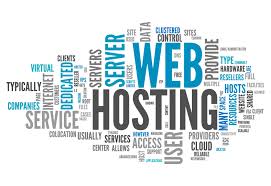 If you have a website I’m willing to bet money you could get a better deal on your hosting fees. In fact, you could be paying a lot less for your web hosting but you probably don’t realise it (because if you did you would’ve switched right?).

Anyhoo, I’ll cut to the chase: this is my attempt to spread the word and make sure businesses at least know they have options. So what’s on offer in the world of website hosting? Is low-cost hosting a myth or a scam? Why is there a huge variation in hosting costs? How difficult is it to switch hosts?

First of all, let’s just talk about cheap hosting for a minute. I mean it seems crazy right? How could you get something for $13 a month that you could easily be paying $1,500 a month for? I’m not making these numbers up by the way, I had recently worked with a client who was paying this to a Perth based web design company. So what gives? Is the cheap hosting you get with Justified for $159/year worse than what you’ll get elsewhere? I’ve already covered the myths of cheap hosting so I won’t repeat myself but basically the answer is no. In fact, you might actually be getting less. The client I mentioned before was paying $1,500 per month just for their website!

What’s on offer? Why the huge variation in hosting costs?

So what’s available in the world of hosting? Well just about any web design company will provide hosting and it pays to ask what their hosting fees are because it can quickly add up. In the example above, over the period of just one year the difference is almost $18k. I doubt there’s a business out there that would turn down the opportunity to save that sort of money, especially in a down economy. Some companies do their own hosting and that gives them control over the web servers but it also increases the costs since they have to buy and maintain the computer hardware itself. The other option is a web company will purchase hosting from a provider, either based here in Australia or, more commonly, in the U.S. This is what Justified does, and it’s a far more convenient and scalable option. It allows hosting to be bought on a ‘as needed’ basis and because it’s provided by large, dedicated hosting companies they are generally a faster with more reliable service.

So why the variation in pricing?

This is still a mystery to me but we can make some educated guesses. In some ways it’s just Economics 101 – a supplier’s price point is balanced between what customers are willing to pay with making the maximum amount of profit for the business. I’m not saying that anyone’s been crooked here but after all web design companies are there to make money and hosting is a nice ‘set and forget’ revenue stream for them. Not many people know about low-cost hosting so they just carry on paying their hosting bill, not realising they could be saving big dollars. So if you know anyone in that situation, do them a favour and let them know they have options. And to be fair, if you know why web design companies charge what they do for hosting, share your comments with us. And this leads us to our next question: Is it easy to change hosts?

How easy is it to switch web hosts?

There are two considerations here – (1) Your current hosting agreement: You may be locked into a contract with your current host that requires a certain notice period and (2) Moving your website files: The first step is getting a backup of your current website (a tip here is to ask how you can download it as there are often big fees for getting it on a CD). Unfortunately with proprietary website setups (like Wix) you can’t actually take the website framework so you’re left with the unenviable task of manually copying and pasting all the content (good for them, bad for you!). This is one of the great things about Justified websites. Since they’re built on a completely open framework, you can pick them up and take them to another host without any problem (and no exit fees!). We have moved several websites to Justified web hosting and in most cases it takes no more than two hours, which we will do for free!

So are you paying too much for web hosting? If you are then at least you know now you can do something about it!